This essay is one of my favorites. The applicant tells a story and weaves a lot of information about his background and interests into it. Note how the lead grabs attention and the conclusion ties everything together.

The AIDS hospice reeked from disease and neglect. On my first day there, after an hour of "training," I met Paul, a tall, emaciated, forty-year-old AIDS victim who was recovering from a stroke that had severely affected his speech. I took him to General Hospital for a long-overdue appointment. It had been weeks since he had been outside. After waiting for two and a half hours, he was called in and then needed to wait another two hours for his prescription. Hungry, I suggested we go and get some lunch. At first Paul resisted; he didn’t want to accept the lunch offer. Estranged from his family and seemingly ignored by his friends, he wasn’t used to anyone being kind to him — even though I was only talking about a Big Mac. When it arrived, Paul took his first bite. Suddenly, his face lit up with the biggest, most radiant smile. He was on top of the world because somebody bought him a hamburger. Amazing. So little bought so much. While elated that I had literally made Paul’s day, the neglect and emotional isolation from which he suffered disgusted me. This was a harsh side of medicine I had not seen before. Right then and there, I wondered, "Do I really want to go into medicine?"

What had so upset me about my day with Paul? Before then nothing in my personal, academic, or volunteer experiences had shaken my single-minded commitment to medicine. Why was I so unprepared for what I saw? Was it the proximity of death, knowing Paul was terminal? No it couldn’t have been. As a young boy in gutted Beirut I had experienced death time and time again. Was it the financial hardship of the hospice residents, the living from day to day? No, I dealt with that myself as a new immigrant and had even worked full-time during my first two years of college. Financial difficulty was no stranger to me. Neither financial distress nor the sight of death had deterred me. Before the day in the hospice, I only wanted to be a doctor.

My interest in medicine had started out with an enjoyment of science. From general biology to advanced cellular/behavioral neuroscience, the study of the biological systems, especially the most complex of them all, the human body, has been a delightful journey with new discoveries in each new class. Research with Dr. Smith on neurodegenerative diseases further stimulated my curiosity. Equally satisfying is my investigation with Dr. Jones of the relevance of endogenous opiates to drug therapies for schizophrenia, Alzheimer’s dementia, Parkinson’s disease, Huntington’s chorea, and drug abuse. I love research. Looking at the results of an experiment for the first time and knowing that my data, this newly found piece of information, is furthering our knowledge in a small area of science is an indescribable experience. I have so enjoyed it that I am currently enrolled in two Departmental Honors programs, both requiring an Honors Thesis. I will graduate next year with two majors — Neuroscience and Biological Sciences. While I want to incorporate research into my career, after meeting Paul I realized that the lab’s distant analytical approach wouldn’t help me show compassion to my patients. Even worse, it could contribute to the emotional neglect I found so repulsive.

Dr. Nelson, the general practitioner for whom I volunteered for two and a half years, had always told me that the desire to become a doctor must come from deep within. In his office, I took patients’ vital signs and helped them feel more comfortable. I also spent a significant amount of time with Dr. Nelson learning about the physician’s role. He became my mentor. I learned of the physician’s many responsibilities — personal integrity, an endless love of learning, and the awareness that throughout his or her career every physician is a student and a teacher. I also realized that in medicine many decisions are based on clinical approximation, as opposed to the precision of the lab. Still after two and a half years in his Park Avenue office, I was unprepared for the AIDS hospice in a blue-collar neighborhood, and my experience with Paul.

Even my work at the Family Clinic, which serves a large poor and homeless population, failed to prepare me for Paul. In the clinic, I worked a lot with children and interacted with their families. I recall an episode when the parents of a twelve-year-old girl brought her to the clinic. They were nervous and frightened. Their daughter had a hard time breathing because of a sore throat and had not been able to sleep the previous night. I took her vital signs, inquired about her chief complaint, and put her chart in the priority box. After she was seen by the physician, I assured her parents that her illness was not serious — she had the flu, and the sore throat was merely a symptom. The relief in the parents’ faces and the realization that I had made them feel a little bit more comfortable was most fulfilling. During my stay at the clinic, I thoroughly enjoyed the interaction with patients and dealing with a different socio-economic group than I found in Dr. Nelson’s office. But while I was aware of their poverty, I was not aware if they suffered from emotional isolation and neglect. 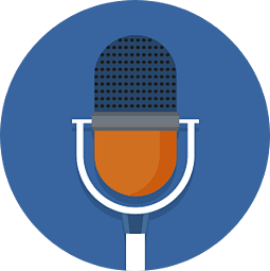 Stay in the Know!

Over two decades of helping applicants get accepted to top schools.

Find the service that best meets your needs: