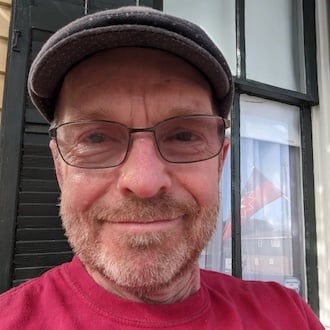 From 2016 through early 2022, I managed admissions for three undergraduate honors programs in the College of Natural Sciences at The University of Texas at Austin. I also taught writing seminars to students in two of those programs, Health Science Scholars and Polymathic Scholars. Virtually everyone in HSS, and over half in Polymathic, would apply to medical school or another health professions school within a year after taking my seminar. I worked with many of them on their applications. We estimated acceptance rates through spring 2021, conservatively, at 95%.

In addition to advising our students applying to graduate and professional programs, I also evaluated applications during my time with the honors programs. I read over 5,000 applications from high school students throughout the United States and from over 20 other countries. I came to understand what distinguished good from outstanding college applications, the kind that gained students admission. Most of those characteristics apply equally to professional school applications.

Ironically, although I managed an honors program in the sciences, my own background is in the humanities, but science still played a big role in my studies. Even when I was pursuing a Master’s degree in English literature at the University of Virginia, I was interested in writing about science – in particular, essays and fiction by Americans of the late-nineteenth-century who saw science and technology as the means toward a utopian society. Mark Twain was one of them, briefly.

I was a fan of science and scientists long before I began working with science majors. And the science students I taught at UT-Austin were uniformly terrific. But I was surprised that most of them had their greatest difficulty as writers when they wrote about what they ostensibly knew better than anyone: themselves. More often than not, their personalities faded, or disappeared altogether, when they wrote personal essays.

Virtually all of the pre-med students I taught were competent writers, but relatively few had learned how to effectively tell their stories and write in their authentic voice.  Teaching verbal authenticity, and helping students clarify and articulate their own stories in a way that invited, maintained, and rewarded a reader’s attention, became my focus.

One of my favorite maxims is from Kurt Vonnegut: “Pity the reader.” Pity her because reading is hard. It’s particularly hard for admissions reviewers reading a dozen applications at a gulp. As a published writer, graduate application advisor, and director of an undergraduate honors center at a leading public Ivy, I know what applicants need to accomplish in applications, and how reviewers process and respond to them. I welcome the opportunity to help you tell your story.

I want to work with Madison!
Back to Profile List Explore Accepted's Services

How Can Madison Help You?

How Can Madison Help You?